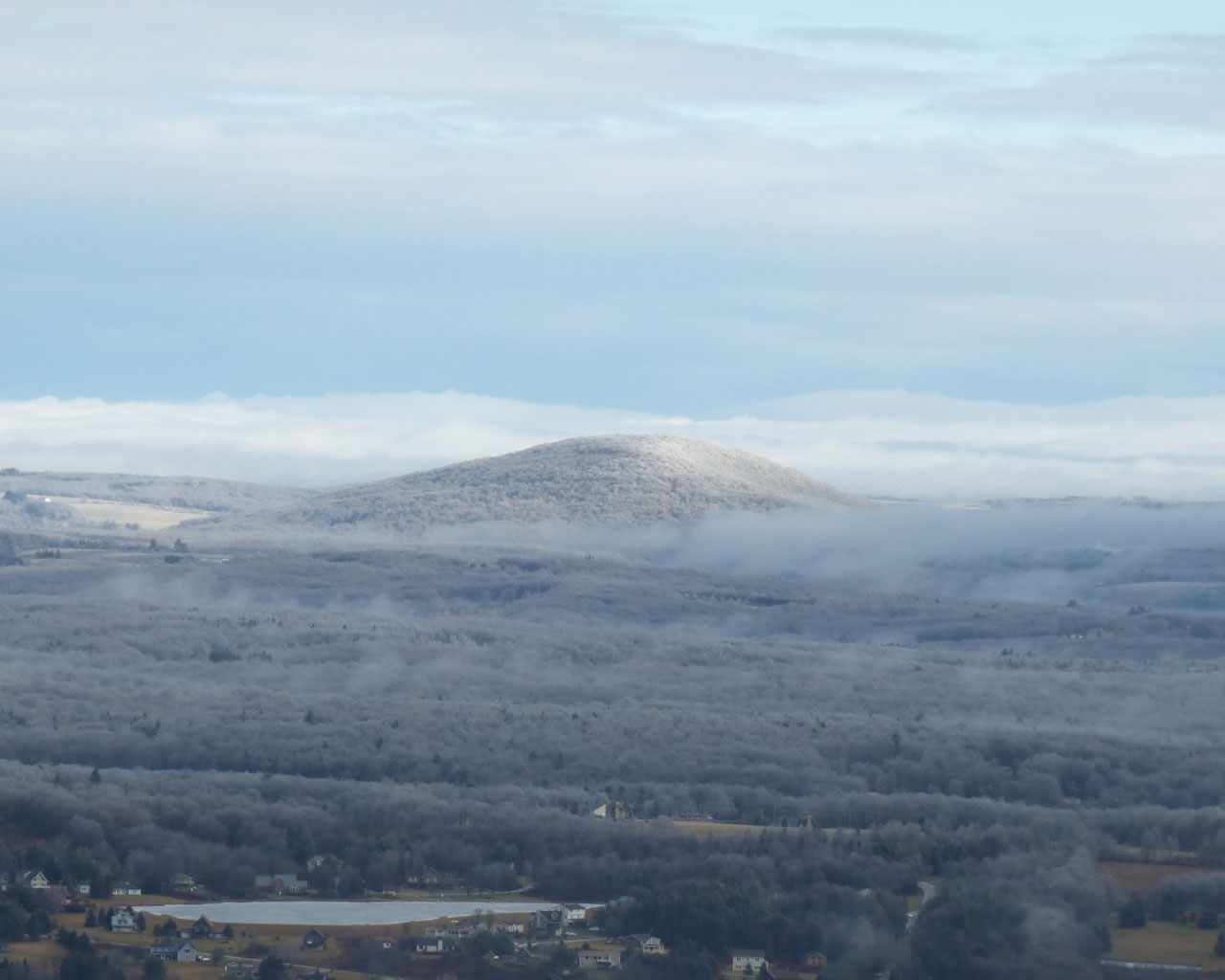 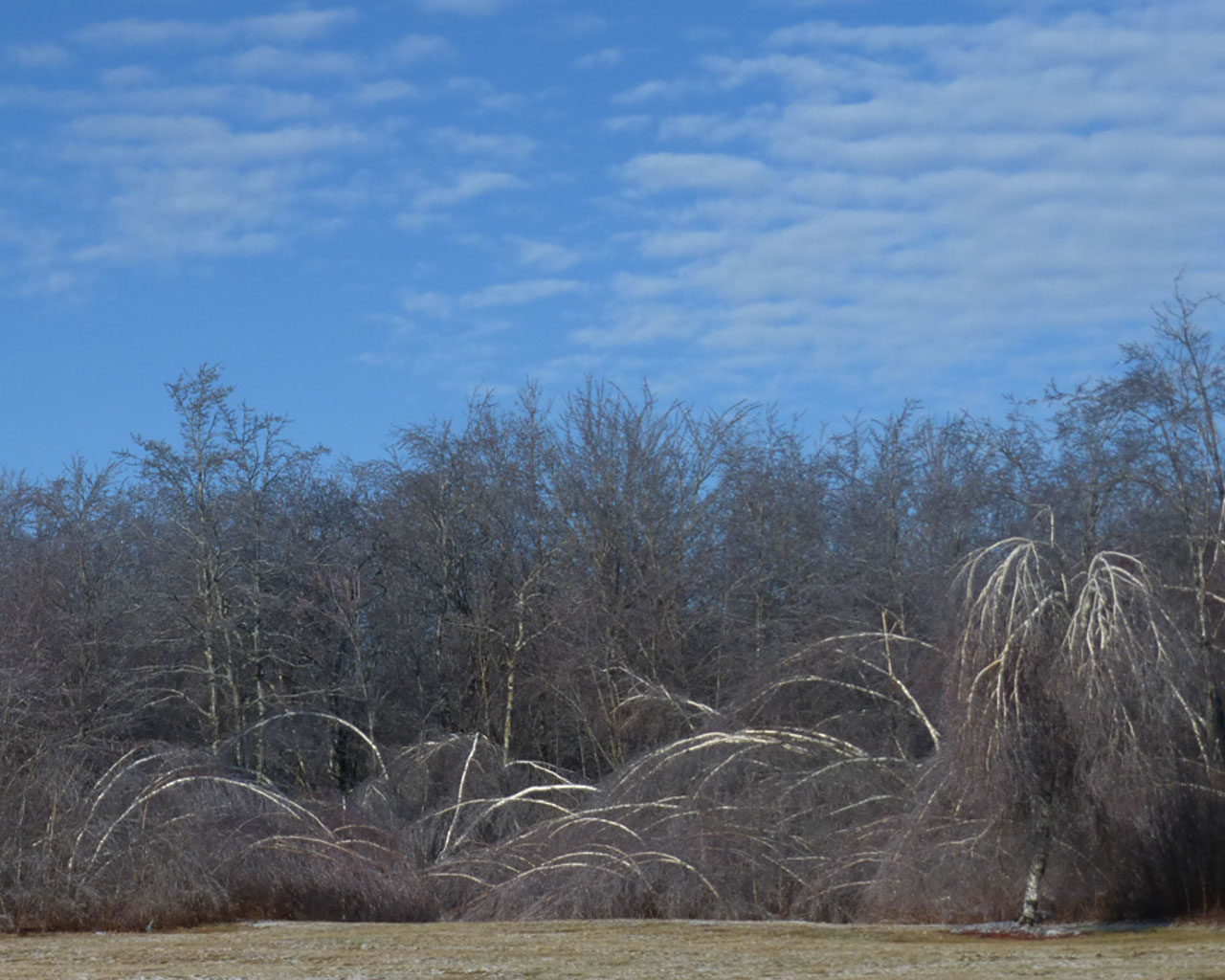 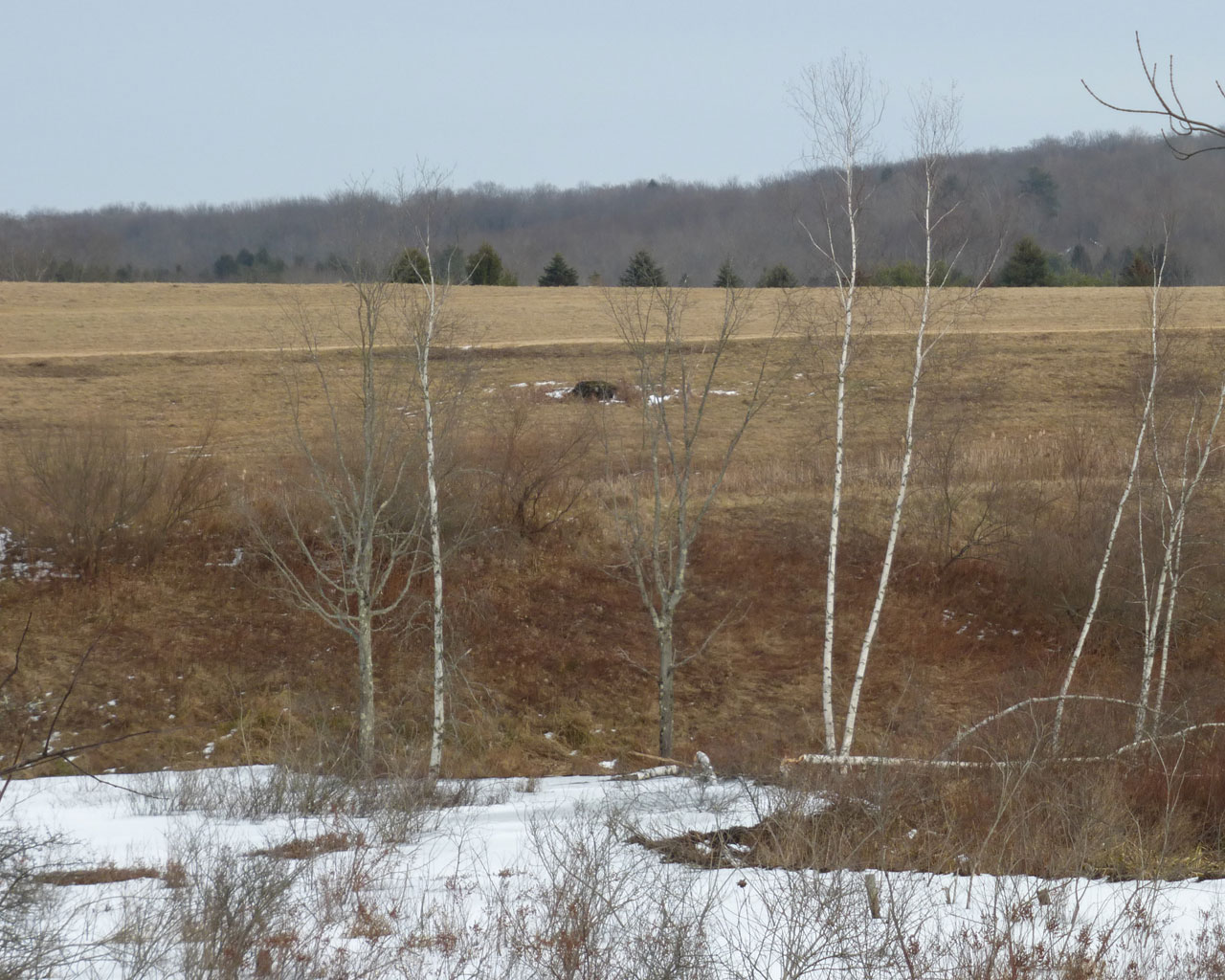 The road in front of the house leads to work ski patrolling at Elk Mountain and continues on to Chet’s Place, a great source of good food and companionship.

Absent much interest in anything else, I pass the same view near daily.

Late last Autumn, I noticed that what had been marshy seemed to be a bit wetter than usual. A couple of birch in one of my favorite stands had been fallen.

Winter white covered everything for a couple of weeks obscuring the change that had been occurring.

This recent thaw removed all ice except that on what had at once been only damp.

A slow ride with intent along the valley revealed that the tipping point had been reached.

Revealed by the contrast of dormant grass and ice a couple more beaver dens appeared southward from what had been the main community.

A gentle arc alongside the birch stand described a beautifully engineered dam. Further south, yet another dam had been built and was now holding back a considerable amount of water. 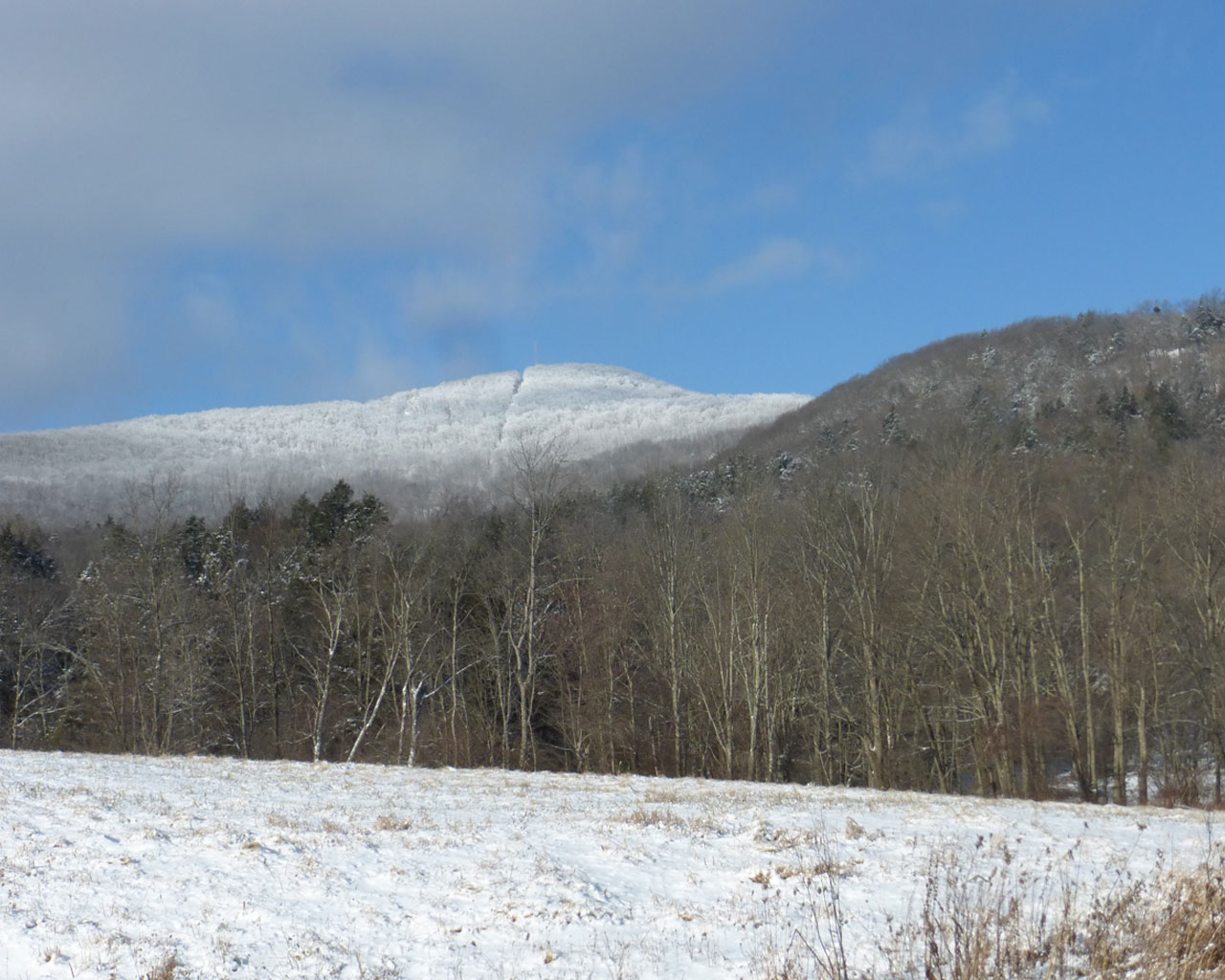 Weather, the type common around the solstice, dresses the neighborhood in some of her winter’s finest. 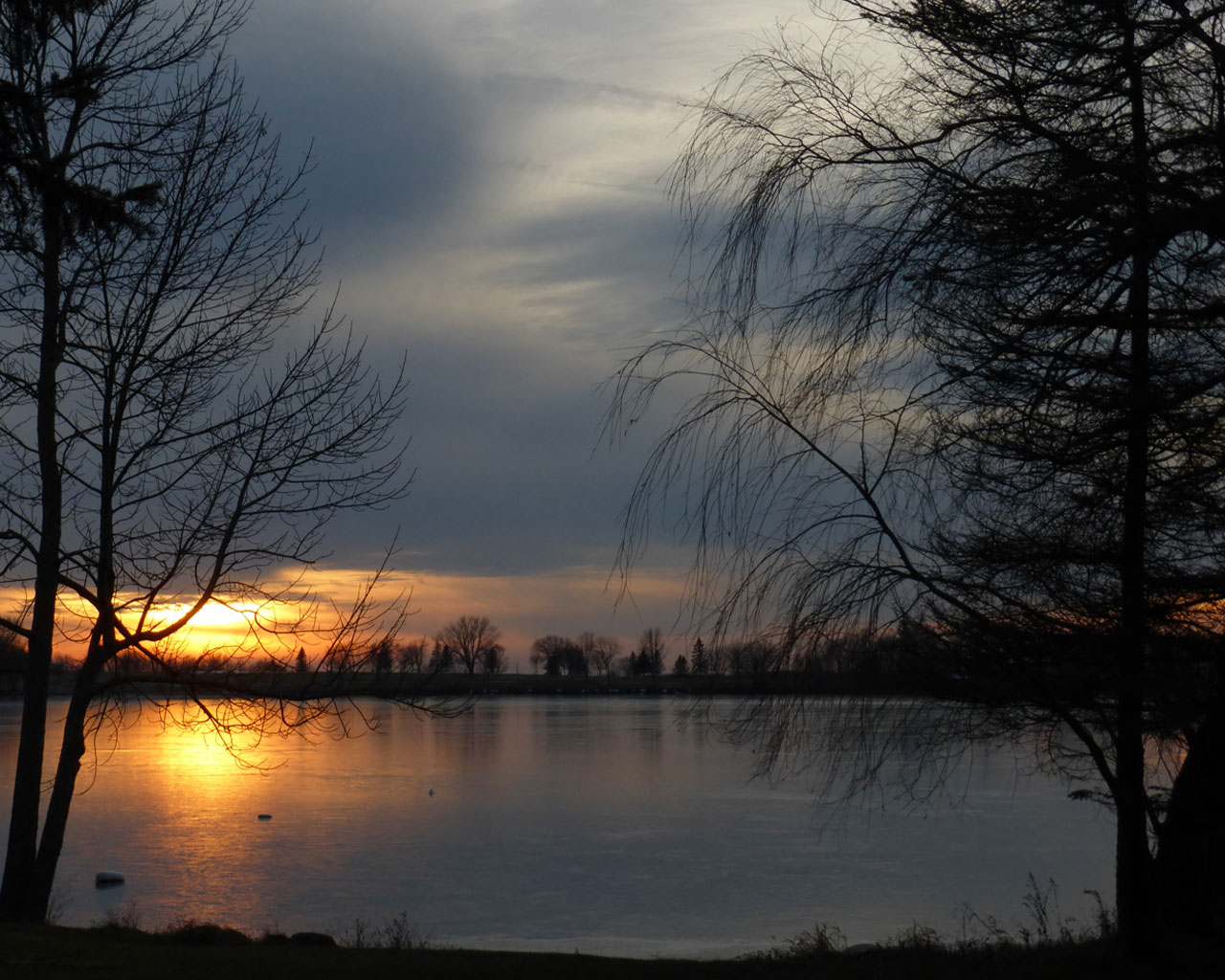 Cold trowels Crystal Lake an ice skim coat,
diffuses the last of autumn sunsets,
of the last of decade’s autumns. 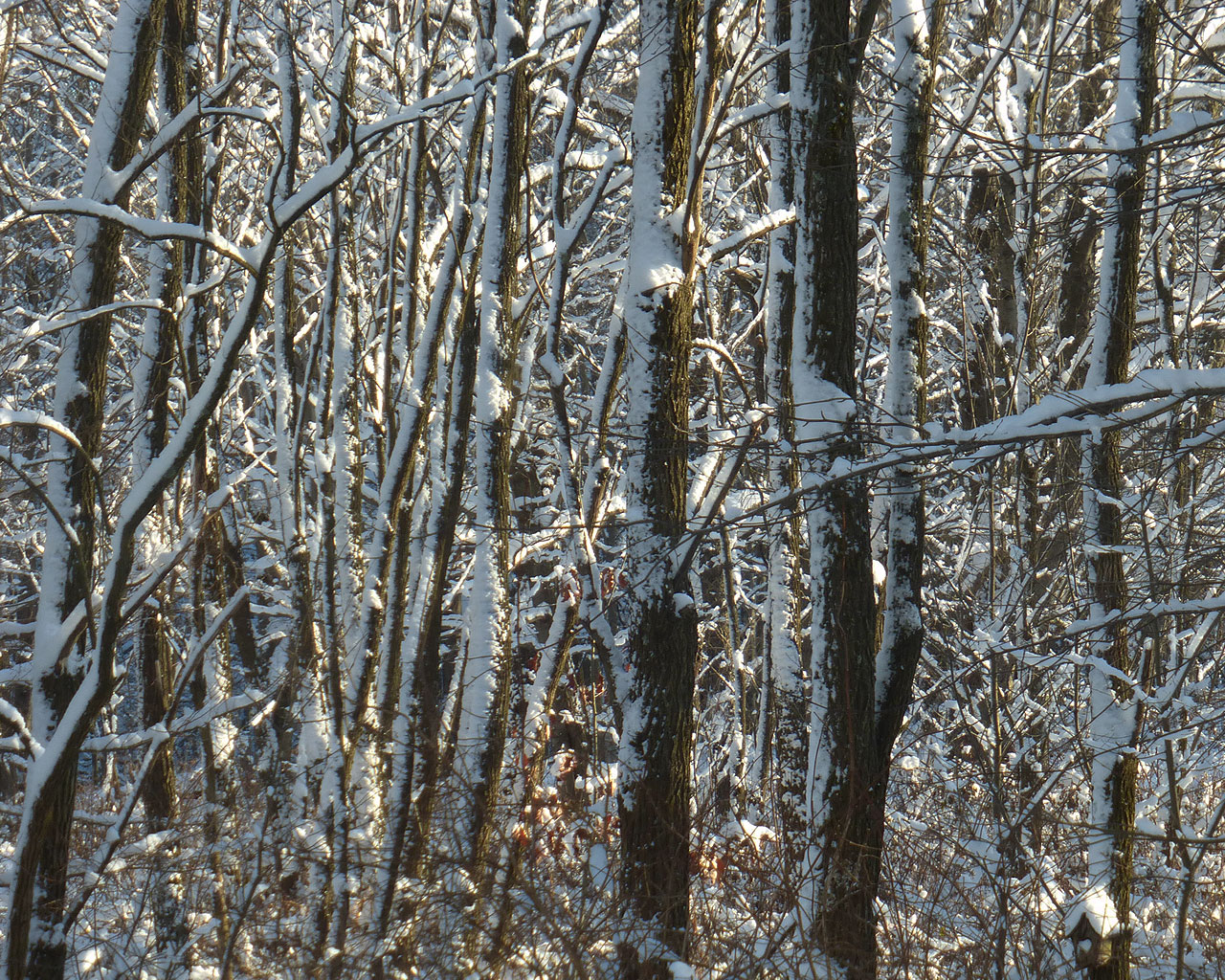 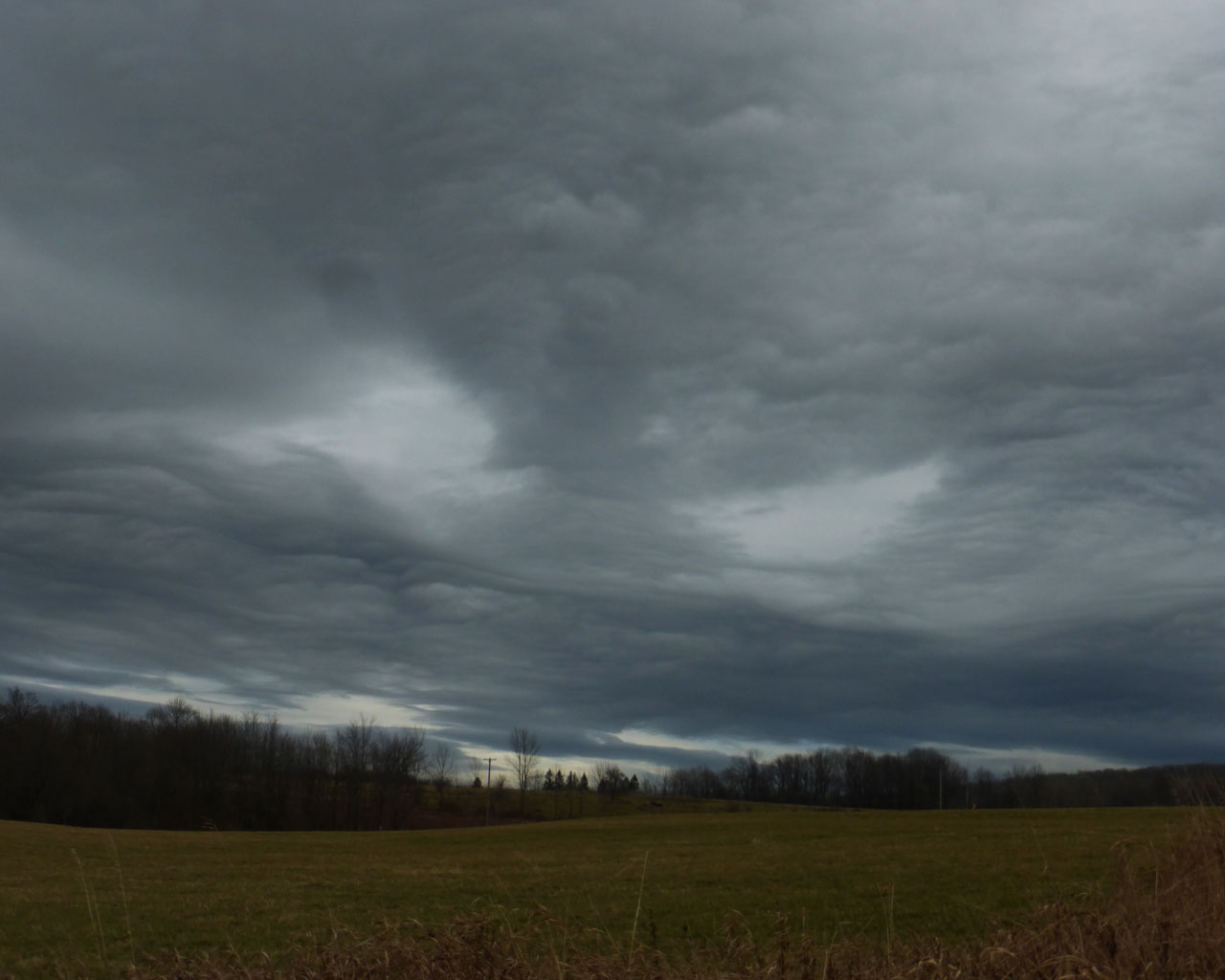 Weather service warned of high winds around the time the sky turned to this. 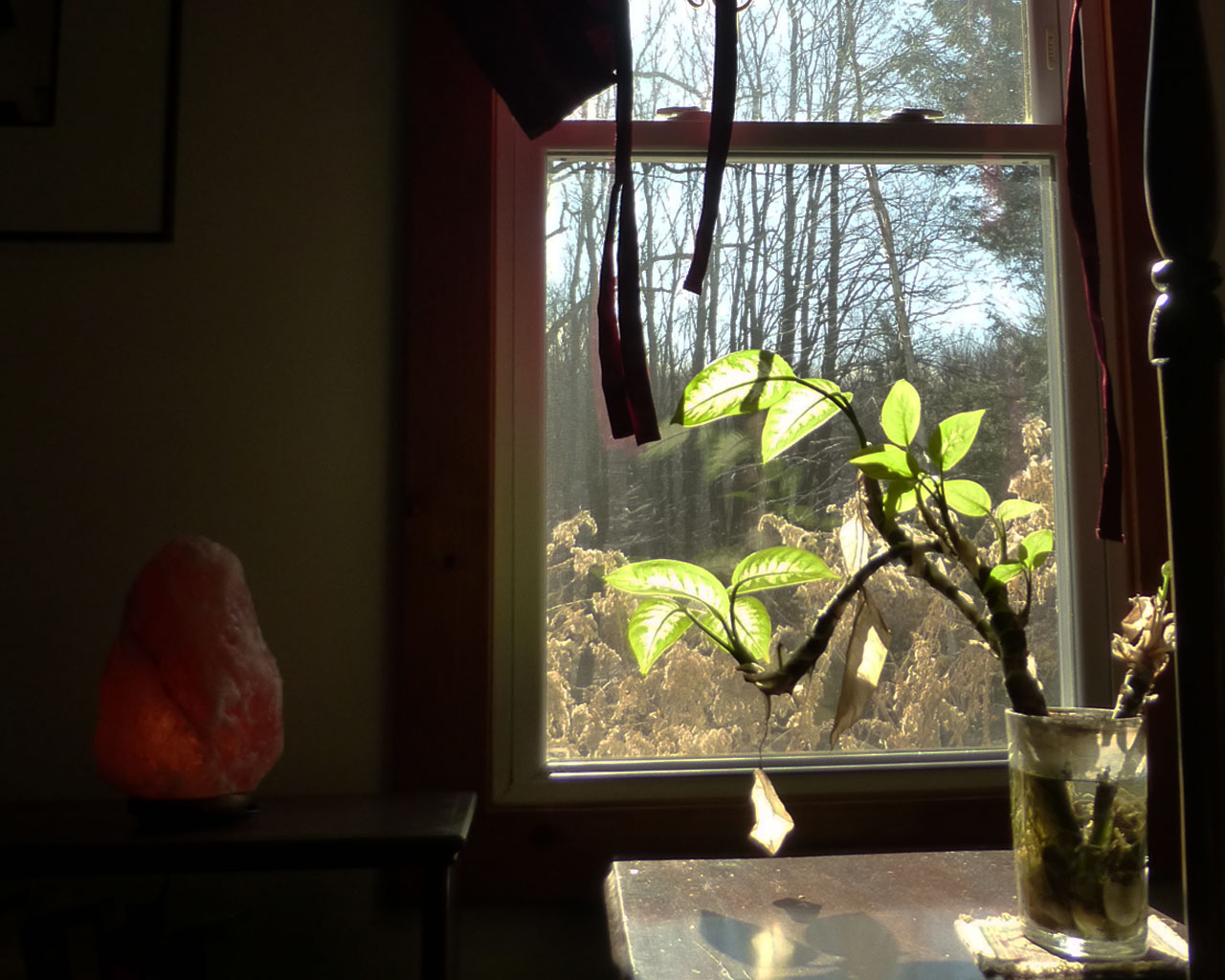 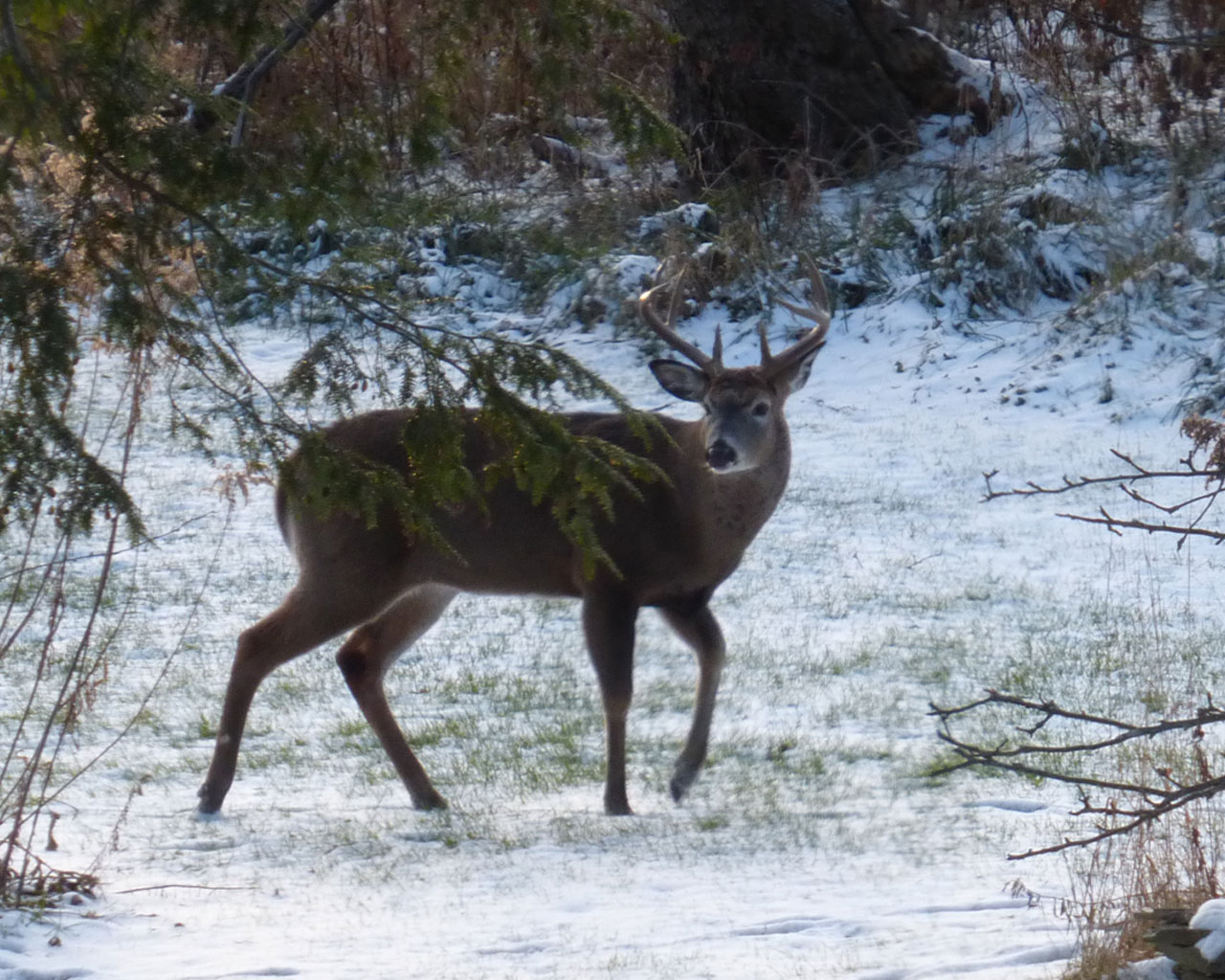 This young fellow and his doe routinely frequent the yard.

She comes from the cover on the other side of the stone fence into the open of the backyard.

All the while walking slowly, she dips her head, feigns sampling the last of green grass as alert ears and wary eyes scan for danger.

If all clear, he’ll appear from somewhere behind her. 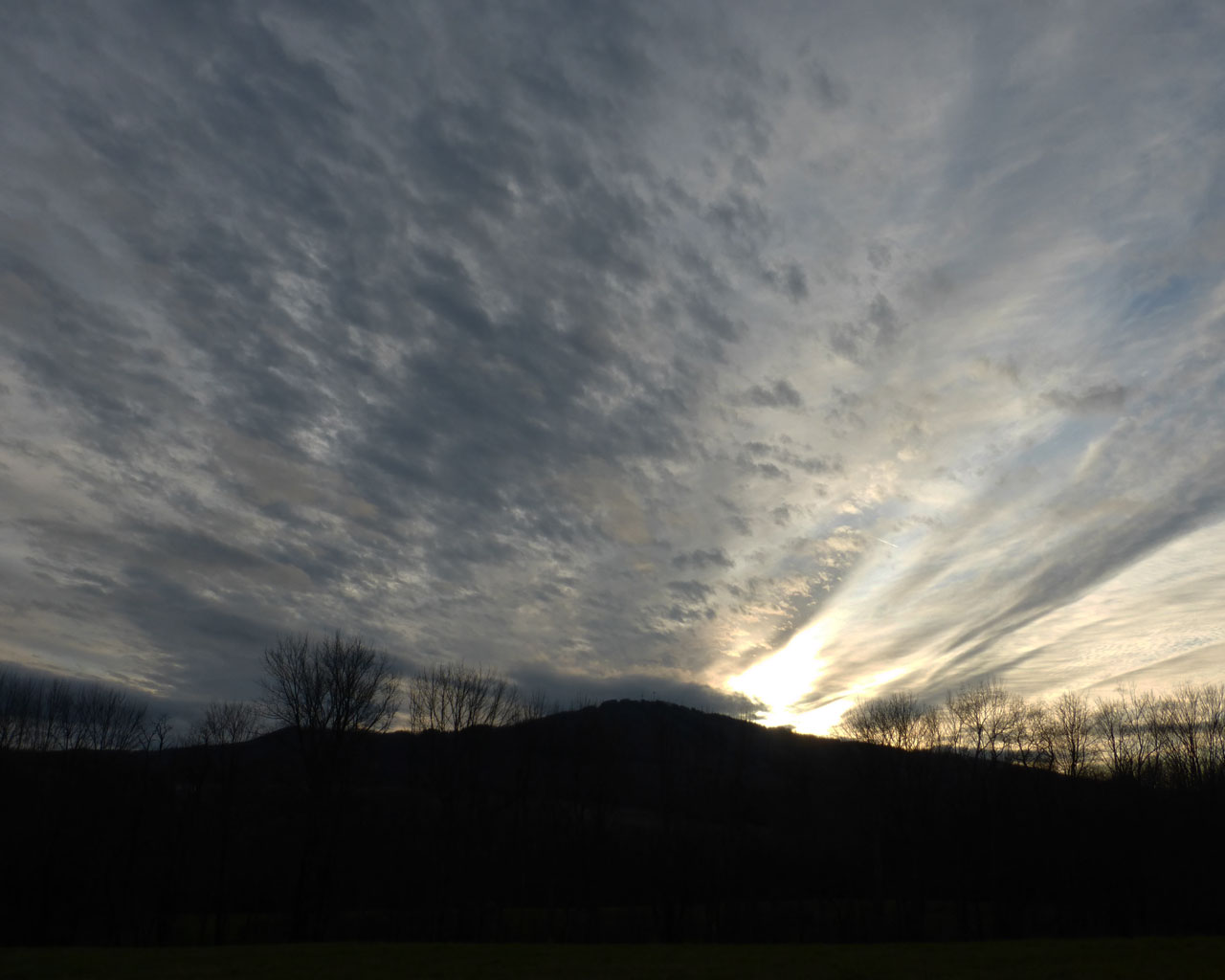 “That’s the storm that will change the season.” mother would say in autumn during a particularly blustery storm. Sure enough, the air would soon change from fatigued autumn to decidedly winter.

How much different can heaven be?